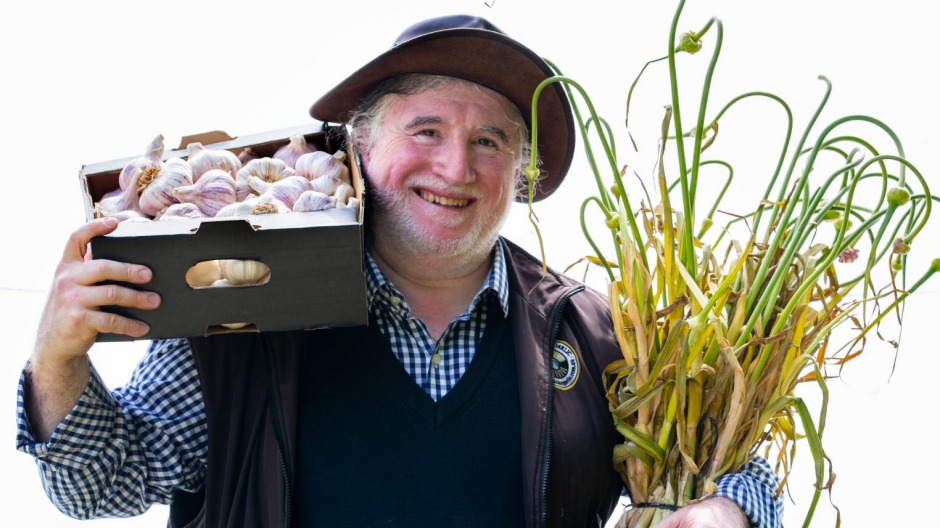 Where Does Your Garlic Come From?

Twenty years ago, Nick Diamantopoulos envisioned that Australians would never have to buy imported garlic again.

Fed up with the poor quality of Chinese garlic in particular, the chief executive of Australian Garlic Producers embarked on a project to stock Australian supermarket shelves with home-grown bulbs.

"The only problem was the Australian garlic season started around Christmas and finished later in summer," says Diamantopoulos. Come autumn, suppliers had to source their garlic from Argentina, Mexico, Spain and China.

For an all-Australian supply, the garlic lover needed to bring the start of the season forward and push the end of harvest back.

"I had to find garlic varieties that could grow around the different climates of Australia, from the tropics in the north to the cold climate of the south," he says.

Today, Diamantopoulos' dream has been realised. The first Australian-grown garlic of the season was harvested in September on a farm near Robinvale on the Murray River.

The bulbs come from a tropical variety sourced from Senegal, a discovery made while the former industrial chemist was on a global quest that took him from Melbourne's eastern suburbs to Syria, and to the peaks of the Andes.

"In Peru I found varieties that had not changed in the 500 years since they were introduced by Spanish conquistadors," he says. Over the past two decades, Diamantopoulos has accumulated 292 different varieties of garlic, importing many through quarantine and breeding others locally.

Suitable garlic-growing sites have been selected all over Australia, with the most southern in cold, fertile volcanic country near Ballarat.

The most northerly is at Ali Curung,  about 400 kilometres north of Alice Springs where garlic is grown and harvested by the local Indigenous community. However, the extent of commercial garlic harvest could be pushed another 850 kilometres north if trials in the mango-growing region around Katherine are successful.

Diamantopoulos' last garlic will be pulled from the earth in March, much of it set to be cured at his processing facility near Mildura in north-west Victoria. "Once cured, garlic will keep," he says. "If stored correctly, it will still be in excellent condition in six months' time."

The bulbs will be trucked to retailers such as Coles and Woolworths over winter, completing Diamantopoulos' decades-long ambition to fill supermarket shelves with Australian garlic. He says Australia is now the only country with a continuous supply of fresh, local bulbs.

"My Greek mother makes the best skordalia [garlic and potato dip] in the world," he says.

"She says the garlic is now good enough to make it year-round. The taste has been worth all the effort."